Hello again. Today we’re celebrating the release of the 7th beta and the final version of chat widget 1.1.

The new thing is something in common for both of them : major speed improvements.

How big are these speed improvements you might ask??

Depends….on what browser you’re using. You’ll get up to 350% faster connection speed, on WebKit browsers such as Google Chrome(v16) and Apple Safari 5.
This is because those browsers implement the WebSockets technology.

“iSupport” for iPhone and iPad as well. That’s right, now you can engage you website visitors from your iPad.Also the chat widget will be visible on iPhone and iPad.(only for iOS 4.2 or higher). 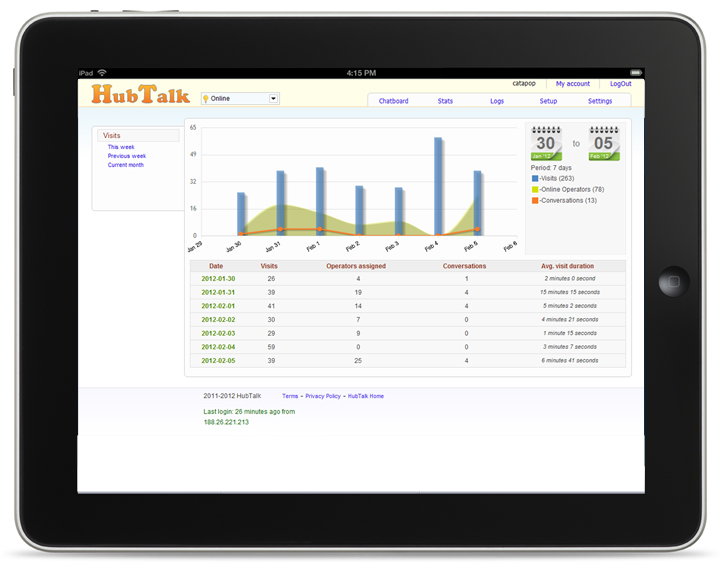 NOTE: All Chat-Widgets have been automatically updated to version 1.1

Test it, and tell us what’s your best connection time. Ours is 0.513 seconds on Google Chrome(v16).